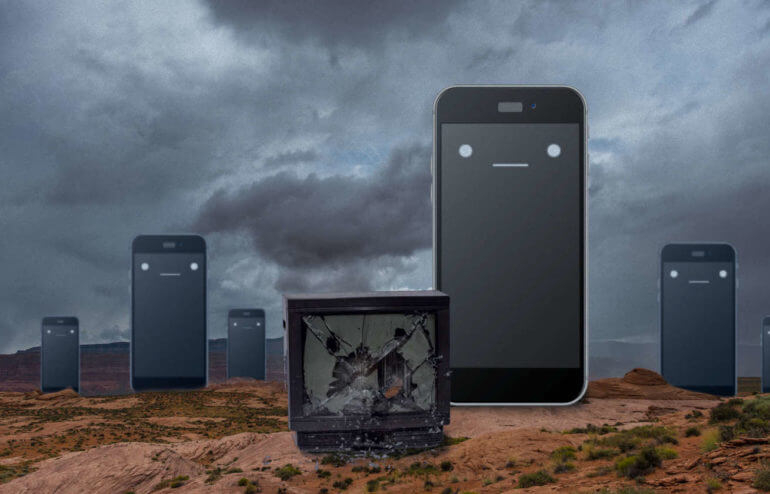 …and mobile is scheduled to take the lead very soon.

According to a recent study conducted by Facebook, people now spend more time on digital platforms than watching television. The trends predict that this lead will only increase in time, with digital increasing rapidly and television being in a slow decline. In 2016 the CEE region seems to have caught up with the west and now digital overtakes television.

How does mobile fare?

Mobile usage is on a constant rise along with the overall digital platforms, tho it show a much more rapid increase. Take Hungary for example. As of June 2016 out of the approximately 7.8 million internet users there are 4 million daily active Facebook users (5.1 million monthly active users). Of this 4 million, 3.1 million users log on to Facebook via their mobile devices, which means, that almost 40% of all internet users in Hungary log onto Facebook daily via mobile devices which means a huge slice of the market.

Media spending seems to follow the market trends with mobile ad spending percentages more than tripling in the past two years on average compared to the total average ad spending.

This rapid rise in mobile users shows not only in ad spending percentages, but also in the type of content brands are producing for social media. Several brands already put “mobile first” favoring 1:1 and similar dimensions compared to landscape formats, which are primarily used for desktop creatives.
For example: Warner’s new movie has a younger target group, who are more likely to see it on mobile devices, therefore they created a trailer in an 1:1 / mobile friendly aspect ratio:

You can find out more about which cookies we are using or switch them off in settings.